Paul J. Hill to Be Inducted in to Rider's Plaza of Honour

The Saskatchewan Roughrider Plaza of Honour Committee has announced that Paul J. Hill, Chairman, President and CEO of The Hill Companies, will be inducted into the Saskatchewan Roughrider Plaza of Honour in the 'Builder' category for 2021. Paul will be joined by legendary Rider receivers Andy Fantuz and Chris Getzlaf, as well as Gabe Patterson (posthumously) to round out the Class of 2021.

Paul's induction comes after a commitment of over 22 years on the Club's Board and Management Council. Paul was a driving force behind many Club initiatives including Telethons and Radiothons in 1987 and 1997, new turf campaigns in 2000 and 2007, the east and west side club seating builds in Historic Mosaic Stadium, the centennial fund and camera tower build. As a key benefactor of the Club and a major sponsor of the Grey Cups hosted by Saskatchewan in 1995, 2003 and 2013, Paul has shown an unrelenting commitment to the Riders throughout his life,

“I am really honored to receive this unexpected recognition", Paul remarked, "As many people know, I was born with ‘green’ blood and have attended the Roughrider games, sitting on the grass next to the yard lines, going back as far as grade school.”

Paul will be inducted into the Plaza of Honour on October 9th with festivities planned throughout the day including a special ceremony during halftime of the Roughrider-Stampeder game at Mosaic Stadium.

The annual Plaza of Honour has inducted 131 individuals who have made major contributions to the proud tradition of the Saskatchewan Roughrider Football Club. The Club has also inducted the 1966, 1989 and 2007 Grey Cup championship teams. 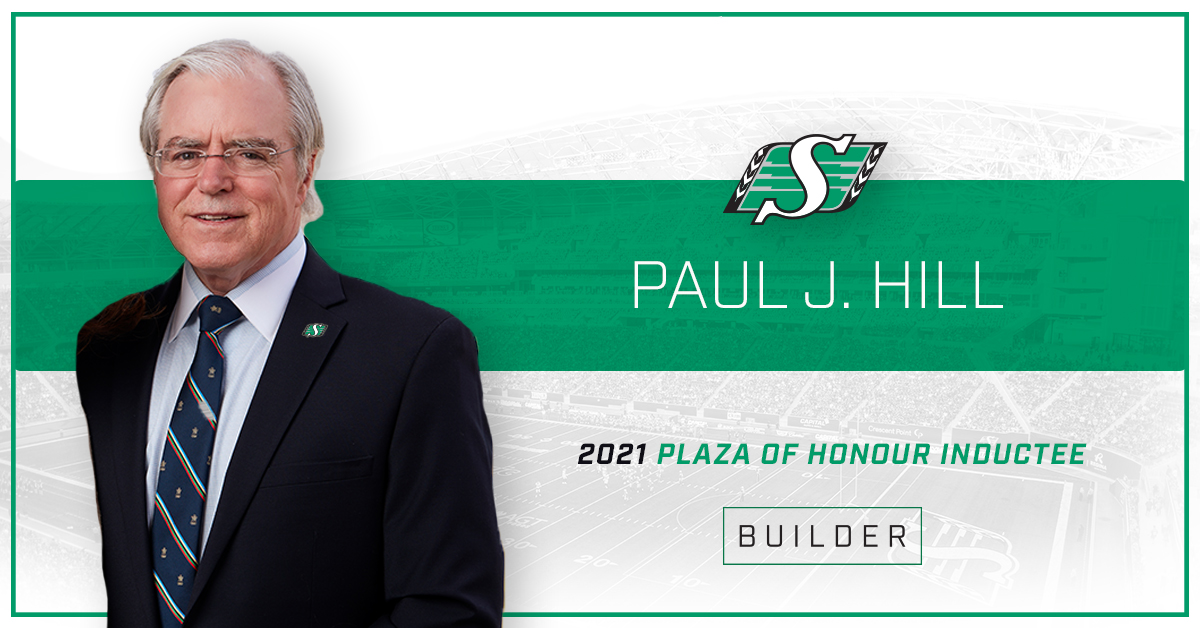